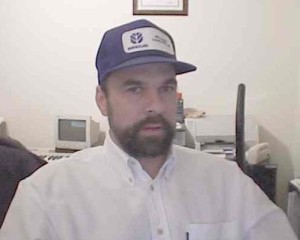 I’ve always been fascinated by the science of nuclear energy. I think it’s because it’s so intense, so dangerous, so powerful.

At first it seemed like a triumphant human achievement.  Creating electricity for the masses–and ‘too cheap to meter.’

But over the ensuing 50 years, the world has witnessed major nuclear accidents at Three Mile Island, Chernobyl, and most recently at Fukushima.  My interest, and my concern, grew with each event.

Unfortunately, the damage done to our environment also grew with each event.

Some have labeled the accident at Fukushima as an ELE, an Extinction Level Event, because  of the large releases of radioactive isotopes into our environment.

Others, beholden to the nuclear industry,  argue that Fukushima’s effect on our environment is negligible–that life will go on, with no increases in cancer or genetic disease among the human population.

The truth is somewhere in between.

This much is certain:  The world was shocked by the 3 meltdowns at Fukushima, shocked by the subsequent explosions at unit 1 and unit 3, and shocked repeatedly at the reports of immense discharges of radioactively contaminated water into the Pacific Ocean.

I believe this shock will endure, and that the continuing discharges of radioactively contaminated water into the Pacific Ocean will affect ocean species in ways that cannot be ignored.  As the damage accumulates, the world will increasingly see nuclear power as the cause, and this will seal the fate of nuclear power.

I’m a Mechanical Engineer, and a Systems Engineer.  I have a sufficient grasp of the science in this realm of inquiry.  I can communicate in the written word.  I have what is required–to offer an informed opinion, to solicit comments, and to reach a consensus crafted by rational minds, each with the innocent purpose of understanding where we are, where we are going, and what needs to be done.

I hope you will join me on this journey.